Recently, in my quest to remain fit, I ordered a little gadget to help monitor my progress. I love analytics so much that we joked that I had to have them in every part of my life. After I placed the order, I anxiously awaited the arrival of my new toy. 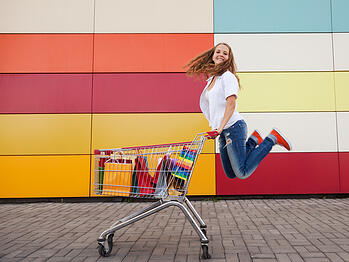 It arrived on a Monday around lunch time. I opened the package, noted that the monitor had to be charged first and set up my account online. Once it was charged, I put it in the wristband and wore it all day while it monitored my activity. Since it also records sleep patterns, I wore the wristband to bed.

Much to my disappointment the next morning when I checked my account online, it showed that the device had stopped working around 10:37PM the night before. So I did some trouble shooting, reset the device and tried again. No luck.

I then did what anyone in this situation would do... I contacted Customer Support. Or at least tried to. (Being accustomed to HubSpot's support team I have to admit that my expectation is pretty high of how product support should be handled.) When I went online, I noticed that there was no way to call them or email directly. You had to open a support ticket. No problem. I opened my ticket, describing in detail the problem I was having. One day later, no response. I opened a second ticket. Still no response. So I took to Twitter.

I tweeted to the company that I was having problems and was disappointed at the lack of response. (Believe it or not, STILL no response.) I then tweeted to their product support team and finally got a response that they needed my case number in order to help. Ugh. I gave them the case number, then received an email telling me how to troubleshoot the problem. After explaining (again) that I had done all of that, they confirmed that the unit was bad and needed to be replaced.

I'm still waiting to receive my replacement unit (which was backordered by the way). Needless to say, my excitement at having this product has somewhat waned.

How could it have been different?

If you have any kind of customer support team, "Customer Delightion" not just "Customer Satisfaction" should be your goal. If you are using marketing automation software, such as HubSpot, this is really pretty simple.

Creating "evangelists" for your product or service should be the end result of interacting with your company.